Albatross on the Farm! 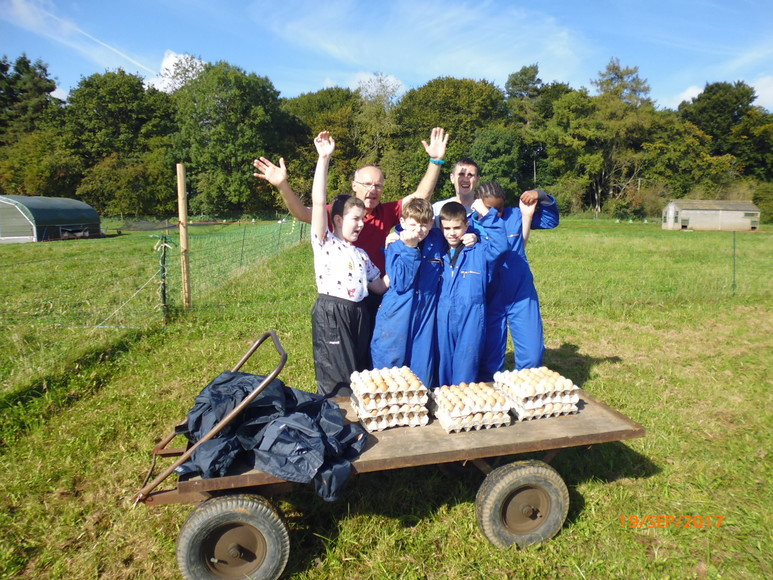 Early morning Albatross Class arrived at the Academy with their suitcases packed, wellies in their hands and waterproofs ready. They were off to The Organic Farm in Cirencester for a week!

Once at the farm everyone settled into their bedrooms and then headed off for some lunch. Pasta, homemade tomato sauce and cheese. Everyone ate as much as they wanted, some with no sauce, some with only cheese. 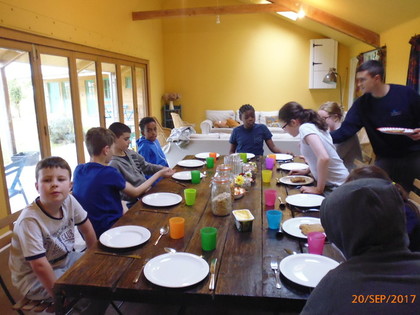 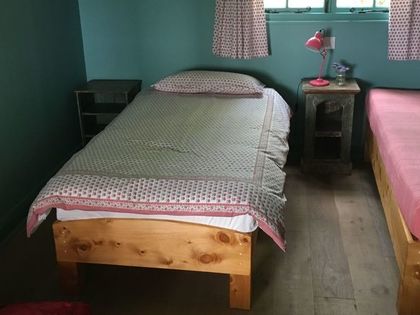 After lunch the students had a visit around the farm exploring some of the barns, the poly tunnels and the orchards. 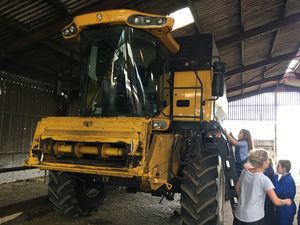 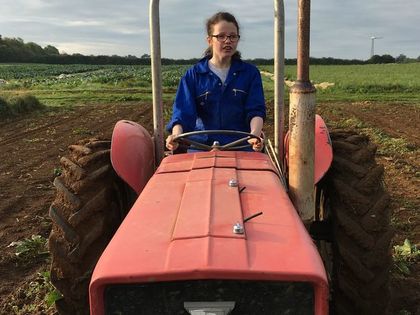 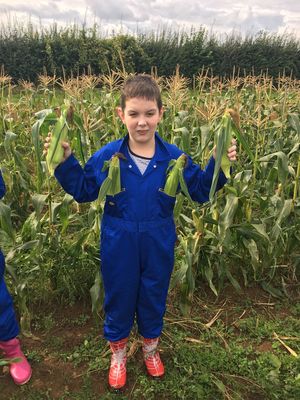 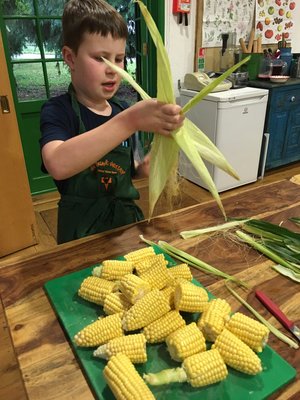 Early in the morning everyone was up and ready for their first activities. One group were off to do some gardening and the other group were off to milk the cows. The students described the milking as very smelly, but everyone had a go at it!

“The milking was smelly and there was lots of poo.  I didn’t like the cow who was picking her nose with her tongue.” 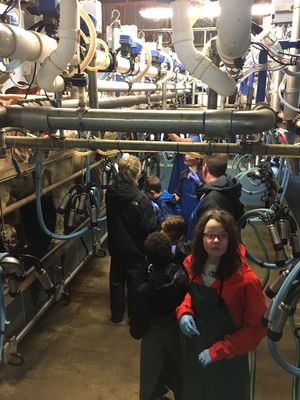 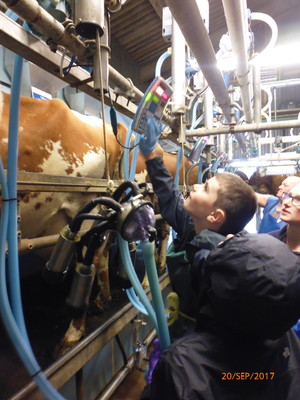 After the morning activity everyone had breakfast, gaining vital energy for their next activities – a feast of eggs, porridge, fresh yoghurt and toast. Mr Martin was slightly worried about the next activity as it involved his group taking an adventure into the forest to chop wood and make fires! 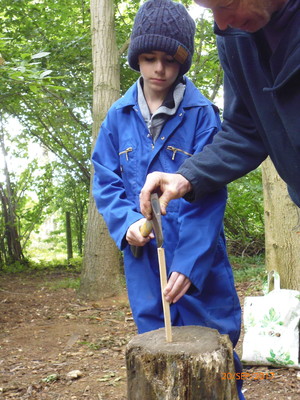 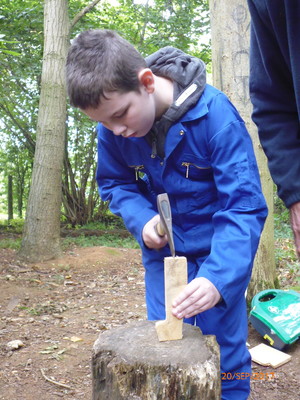 Mr Dugdale’s group went off to the hen house and their job was to collect all the freshly laid eggs. Lunch was freshly made sandwiches and the afternoon activity was beetroot picking. Ventures’ Academy now holds the record for picking the most beetroots in the shortest time! The team picked 250 metres of beetroots in 35 minutes! That evening everyone was really tired, but the students still managed to stay up and have hot chocolate before bedtime. 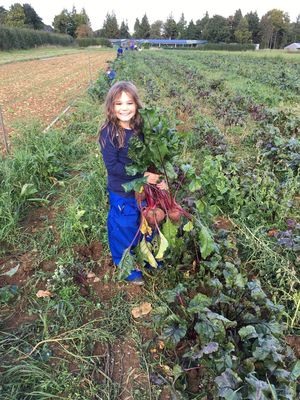 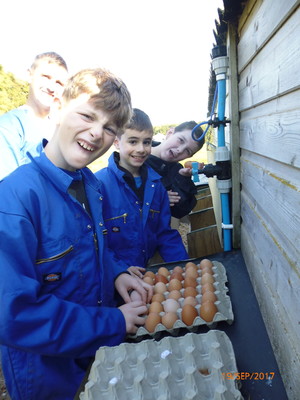 The morning was bright and breezy, Albatross swapped their morning activities before breakfast and Mr Dugdale went milking and Mr Martin went potato picking (with their groups of students of course!) Some of the morning picked potatoes were put aside ready for tea that night. 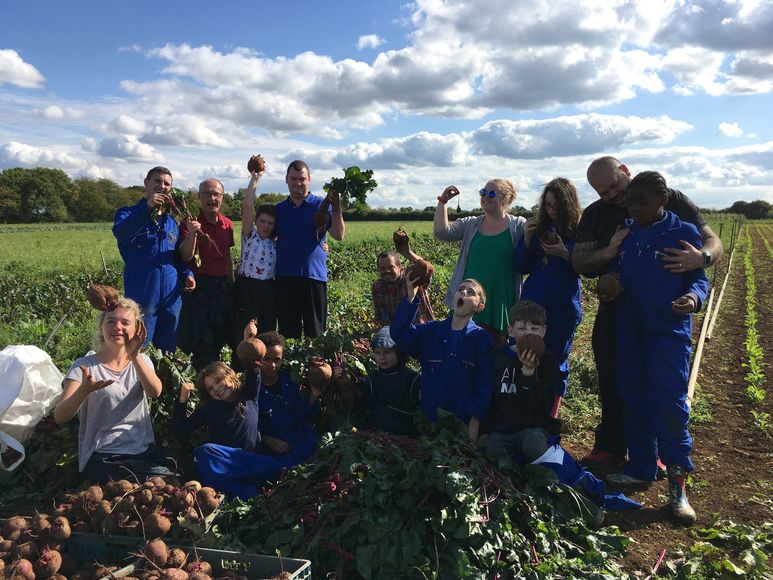 After a freshly prepared breakfast groups swapped activities again with some heading down to the hen houses and others venturing off into the forest. Mr Martin’s group were egg collecting – everyone was nervous about going through the electric fence and made Mr Martin touch it to check it was off.  All the students enjoyed holding a chicken and by the end of the activity the students had collected over 150 eggs ready for sorting. 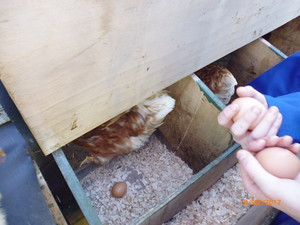 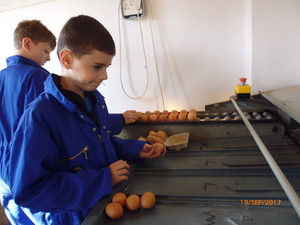 In the afternoon Albatross explored some of the historical artefacts that had been found on the farm. Phoenix was interested in the scythe and Noah liked looking at the badger skulls.

This was our last full day. The students had a walk around the farm looking at lots of different vegetables – red cabbage, marrows romanesco, (which Jessica nicknamed Alien Broccoli), asparagus and pumpkins. 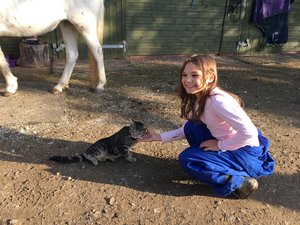 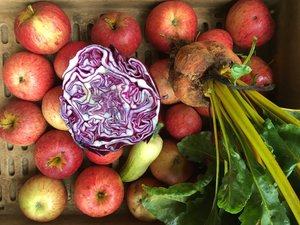 The students also visited the farm's horses – which was a really long walk away but it was worth the walk as everyone had a go at grooming and feeding them apples. 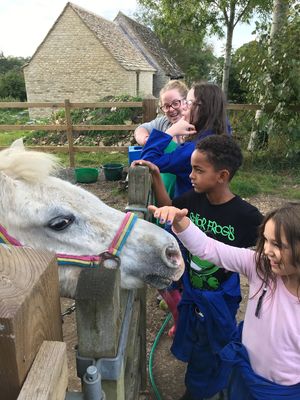 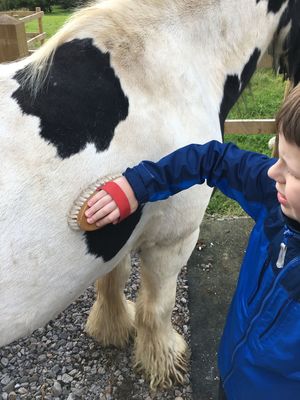 That evening everyone enjoyed a BBQ for the evening meal – it was the first meal of meat everyone had eaten all week! 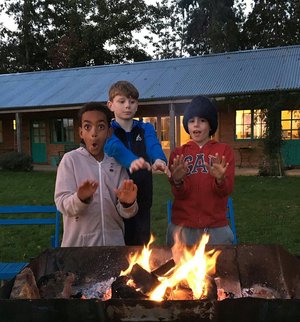 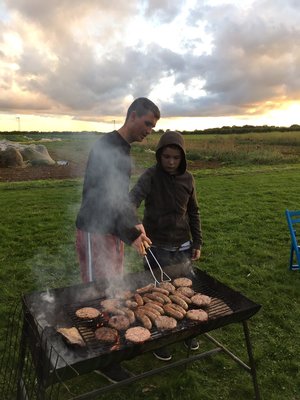 Today the students had one last walk around the farm, where they met the boar pig and he was huge! The students also had a look at all the piglets, who were all really noisy. 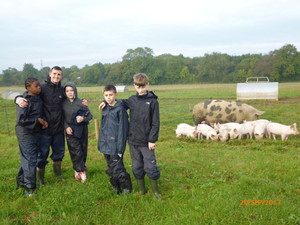 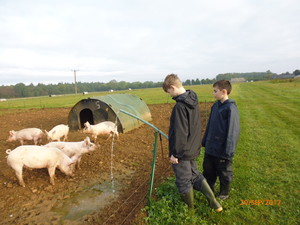 The Albatross staff team were all extremely impressed at the maturity of all the students throughout the week and how well they participated in each activity. Well done to Albatross.

With thanks to the Endowment Fund, which helped fund this experience for the students.

We Are Our Stories: a tale of success     June 2022   A collaboration between Venturers’ Academy (VA) and the University of Bristol has brought benefits for both the school and the higher education institution.   Artist-researcher Steve Pool visited VA with student Yun Sun and Professor Jennifer Rowsell, deputy head of the university&rs...Read More
17th June 2022

Five Bristol schools compete in cross-Trust athletics event          May 2022   Everyone was a winner at the first inter-school athletics event for Venturers Trust, held in May. Seventy Year 5 pupils from five schools took part in the day of sporting activity, hosted by Merchants’ Academy in Withywood and organised by He...Read More

Withywood Road, Withywood, Bristol, BS13 9AX
0117 233 8040
To request a paper version of information on the website please email us as below
info@venturersacademy.org