The exercises to decide which children should go on next year’s Wettest Classroom sailing expedition around the UK and Sweden were held in Llanberis, Snowdonia, in July 2018. As one of the Venturers’ Academy Governors who has supported this project since the outset, I attended one of the selection days and was extremely impressed by what I saw. Supported by the Venturers’ Trust Endowment Fund, the programme gathered 21 Venturers’ Academy pupils, 5 Dolphin School pupils and participants from other schools all over the country, with a total of 166 taking part overall. 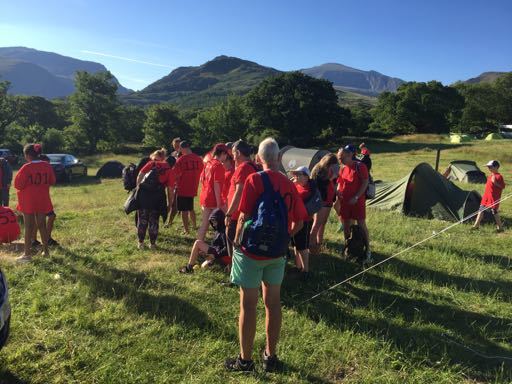 Schools travelled to the site on Monday July 2nd, and for the Venturers’ Academy minibus what should have been a 5 hour journey became a 7 or 8 hour trip due to a road accident blocking the main route to Llanberis. Therefore some of the children arrived in a state of distress. I saw staff working effectively to calm them down, and they quickly started to enjoy their surroundings. It was impressive to see the other schools, who had arrived earlier in the day, coming to help the Venturers’ pupils put up their tents as the dusk arrived, and help them get ready for the night. Tuesday morning dawned bright and sunny and it was off to Pete’s Eats for breakfast. 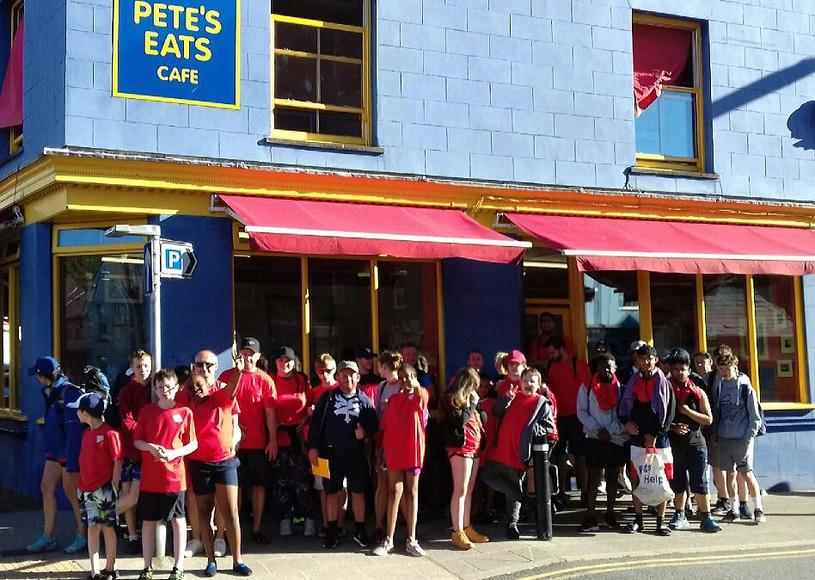 Dealing with the generous menu and the hubbub of the café was the first challenge of the day for the pupils, but there were to be many more: once happily fed, the Venturers’ team walked down the road to the watersports centre for a series of exercises. It was here that the depth of commitment needed to bring off an event like this became clear. Some of our pupils have a fear of water, or of anything new, and getting them all comfortable in water was essential. One exercise was jumping off a tree stump into a calm lagoon. I watched as Lakhile (second from the front in the picture below) was repeatedly coaxed to the jumping position by the staff, mentors and peers who were already in the water. They took his hand, they encouraged him to take the leap, but each time he felt he couldn’t do it – whenever that happened he was supported, with no sense of failure, to try again soon.

Eventually, after 3 or 4 attempts, he found it in himself to take the leap and spent the rest of the day immersed in the lake.

The pupils experienced kayaking, stand-up paddleboarding, canoeing and a giant paddleboard which took 10 passengers. They proved their ability to swim 25 meters and finished the day as they had started – at Pete’s Eats to refuel. 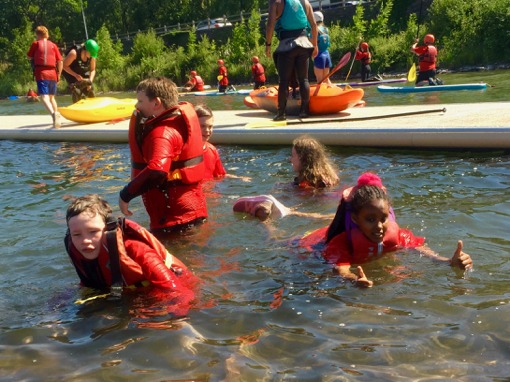 I was not able to stay for the next day, when the pupils did a 10km orienteering challenge and enjoyed a powerboat ride, but even on the evidence of the 24 hours I spent with them we clearly have an excellent Wettest Classroom project in prospect, with committed staff, experienced mentors such as Alan Chambers, and pupils who are well able to live up to the challenge and prove that Venturers’ Academy really is Where everything’s possible.

We Are Our Stories: a tale of success     June 2022   A collaboration between Venturers’ Academy (VA) and the University of Bristol has brought benefits for both the school and the higher education institution.   Artist-researcher Steve Pool visited VA with student Yun Sun and Professor Jennifer Rowsell, deputy head of the university&rs...Read More
17th June 2022

Five Bristol schools compete in cross-Trust athletics event          May 2022   Everyone was a winner at the first inter-school athletics event for Venturers Trust, held in May. Seventy Year 5 pupils from five schools took part in the day of sporting activity, hosted by Merchants’ Academy in Withywood and organised by He...Read More

Withywood Road, Withywood, Bristol, BS13 9AX
0117 233 8040
To request a paper version of information on the website please email us as below
info@venturersacademy.org